Most Common Surety Bonds in Maryland

November 29, 2021
Contents hide
1 What is an alcoholic beverage/liquor tax bond in Maryland?
2 What does a DMEPOS (Durable Medical Equipment, Prosthetics, and Orthotics Supplier) Bond entail?
3 What is a Financial Guaranty Bond, and how does it work?
4 What is a Produce Dealer Bond, and how does it work?
5 What exactly is a Warehouse Bond?
6 What is the Motor Carrier of Property Bond issued by the Public Service Commission (PSC)?
7 To know more about surety bonds, visit Axcess Surety now! 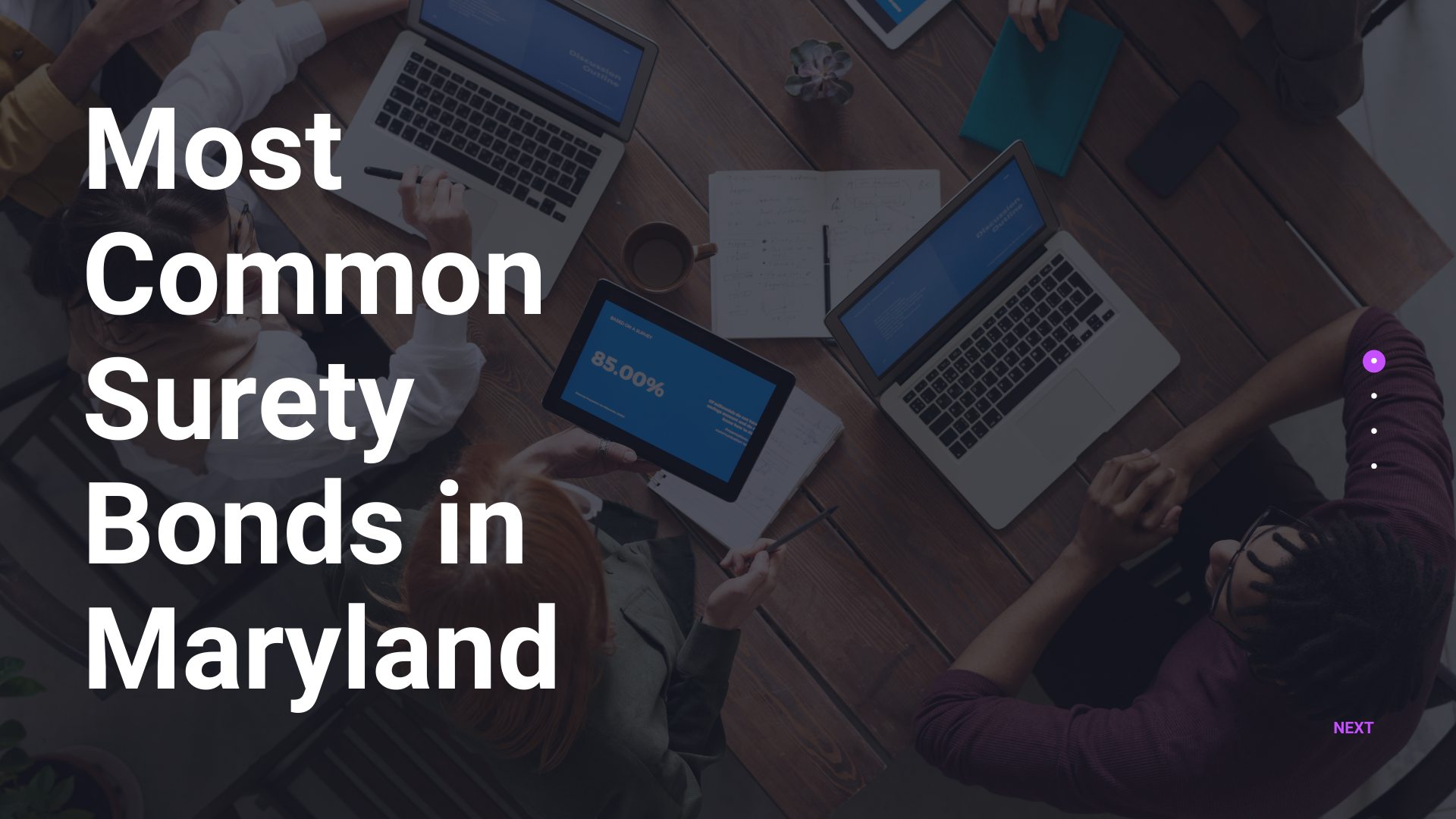 What is an alcoholic beverage/liquor tax bond in Maryland?

If a taxpayer fails to pay an excise tax on alcoholic beverages, the State of Maryland may be able to bring a claim on the taxpayer’s surety bond. The state comptroller’s office would be the claimant.

Failure to file excise tax forms or pay an excise tax are two common accusations that might result in an Alcoholic Beverage/Liquor Tax Bond claim. Other causes for submitting a claim include employee theft, purchasing alcoholic drinks from someone other than a wholesaler or retailer with the intent to mislead the State, and compensating employees who are not allowed to handle alcoholic beverages or who perform criminal activities involving them.

The penalties for underreporting are calculated as a percentage of gross sales from the previous calendar year by the Maryland State Department of Taxation and Finance. Overreporting results in a 10% tax penalty on current-year purchases and sales. If any other form of fraudulent action is implicated, the penalty may be doubled (such as sale by an individual whose permit has been revoked).

What does a DMEPOS (Durable Medical Equipment, Prosthetics, and Orthotics Supplier) Bond entail?

The Supplier Bond for Durable Medical Equipment, Prosthetics, and Orthotics (DMEPOS) ensures that the supplier will follow all State and federal laws, as stated in Title 18 NYCRR section 573.7, relating to the sale of DMEPOS products reimbursable under Medicare Part B. Selling a product without being an authorized supplier, selling products to someone who is not enrolled with the supplier as a patient, or failing to submit a state or federal claim form before selling a DMEPOS product are all possible claims against this bond.

If the Maryland Department of Health concludes that no claim was lodged with them prior to the sale of the DMEPOS product, the fine is imposed. If the CDHC believes the supplier has failed to file a state or federal claim form, it may choose to withdraw its license.

What is a Financial Guaranty Bond, and how does it work?

A financial guarantee bond guarantees that the taxpayer will allow Maryland and others to pursue reimbursement for all or part of their contribution. Individual taxpayers may be held personally accountable under this bond if they fail to pay taxes due or file insufficient tax returns on time.

The CDHC determines whether a claim against this sort of bond will be granted based on case-specific factors such as how late the tax return was filed and what fines were paid as a result. It is conceivable for a taxpayer to have more than one type of surety on their account, which means that the same late return could result in many claims.

What is a Produce Dealer Bond, and how does it work?

A produce dealer bond ensures that a produce dealer, as defined by NYCRR Title 10 section 493.1, will follow all state and municipal rules when conducting business. This form of a bond may be claimed against in addition to fines for breaking these rules if the produce dealer does not keep proper records of all purchases, sales, and weights. Meat or other perishable commodities that were not really purchased or sold may be subject to a claim if they are included in purchase/sales records.

After conducting an investigation, the Department of Agriculture and Markets calculates the fine amount if false information on purchase/sales records is discovered. They have the authority to withdraw a produce dealer’s license if they believe they have conducted their company improperly.

What exactly is a Warehouse Bond?

A warehouse bond ensures that a warehouseman, as defined by NYCRR Title 10 section 491, will operate in compliance with all state and municipal laws. This form of bond may be claimed against in addition to fines for breaking these rules if the warehouseman fails to keep proper records of all receipts and deliveries or allows unauthorized personnel access to the facility.

After conducting an investigation, the Department of Agriculture and Markets determines the fine amount if erroneous information on delivery records is discovered. If a warehouseman is found guilty of inappropriate action regarding their facility, the agency may revoke their license.

What is the Motor Carrier of Property Bond issued by the Public Service Commission (PSC)?

A motor carrier of property bond from the Public Service Commission (PSC) provides that a service provider, as defined by NYCRR Title 18 section 380.2, will operate their company in compliance with all state and municipal regulations.

Claims against this sort of bond often entail claims for losses caused when transporting property on public roadways.

After conducting investigations, the Department of Transportation sets the amount of the penalties if they discover improper use of public highways. Depending on the seriousness of the case, the department may also suspend or revoke a violator’s license. 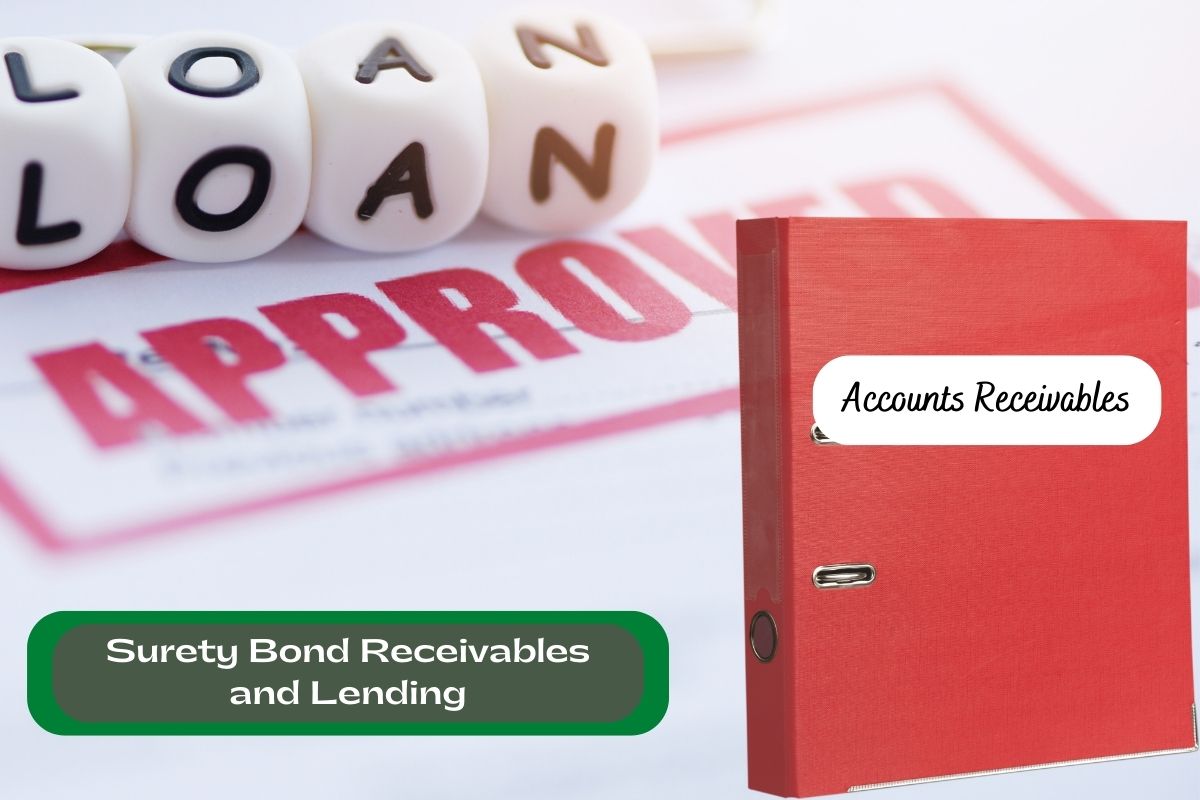 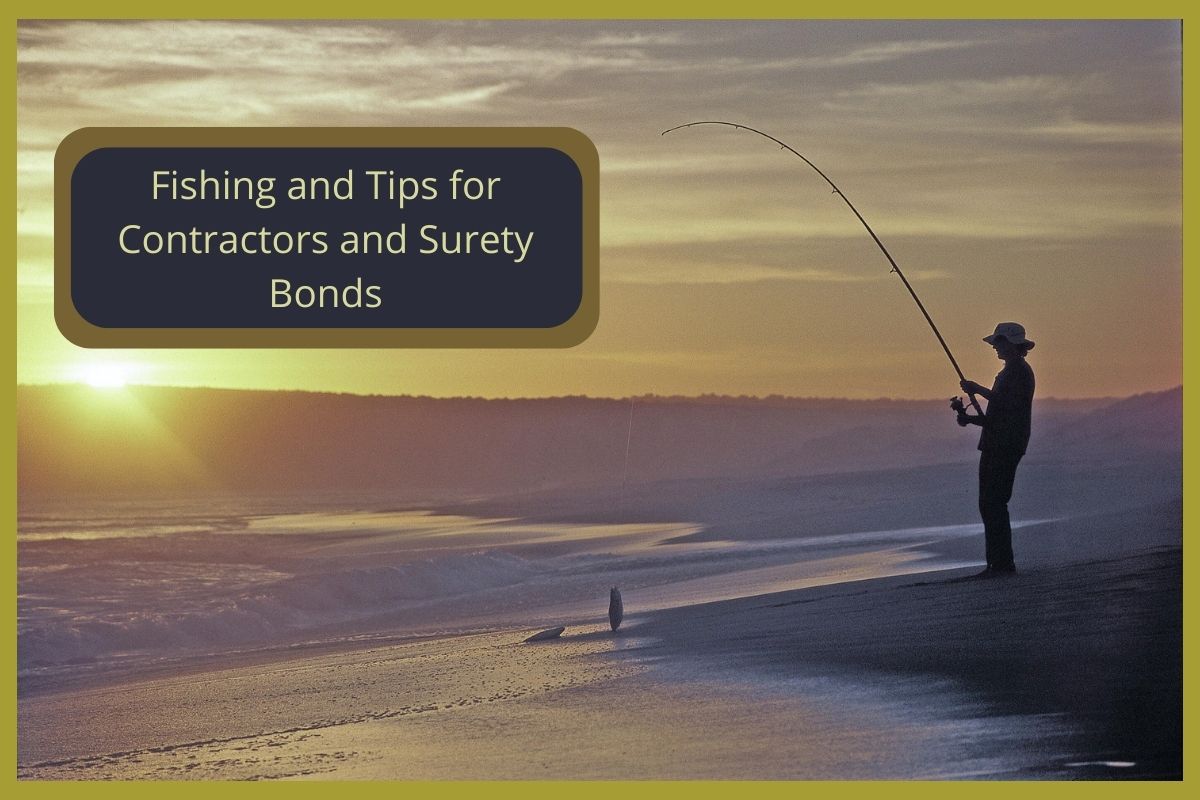 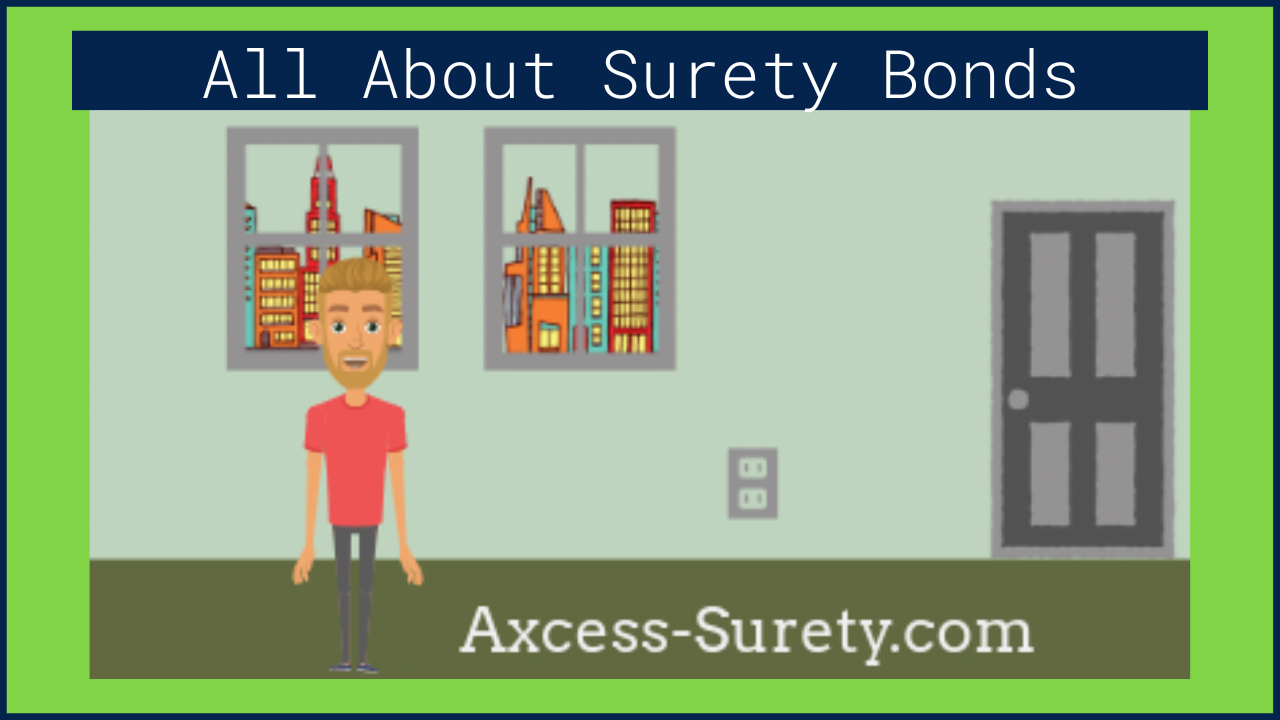 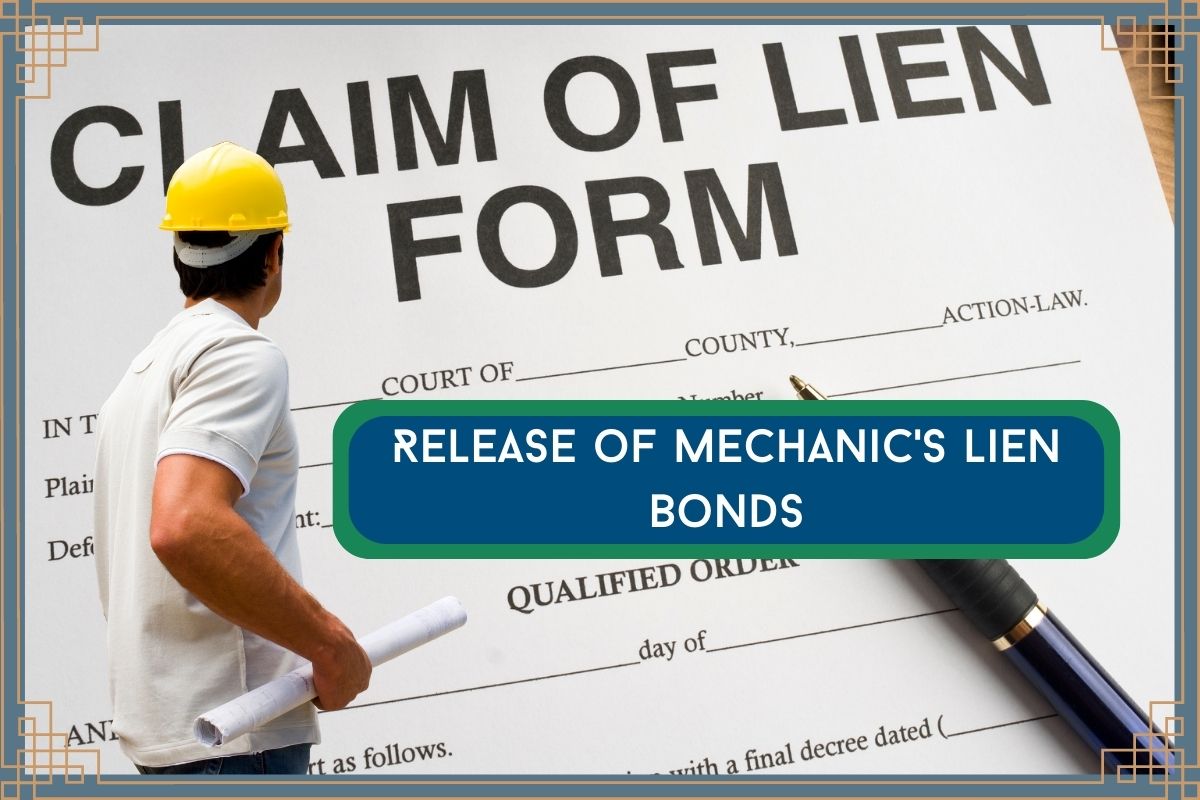 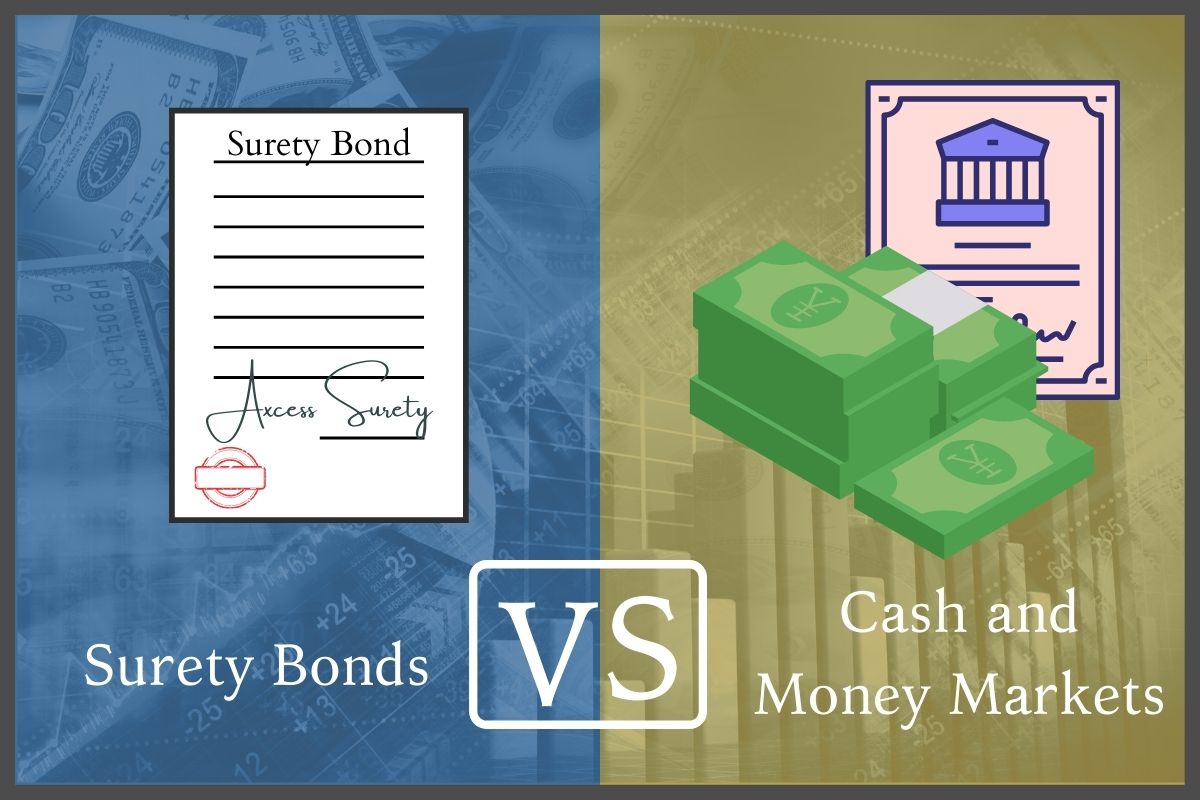