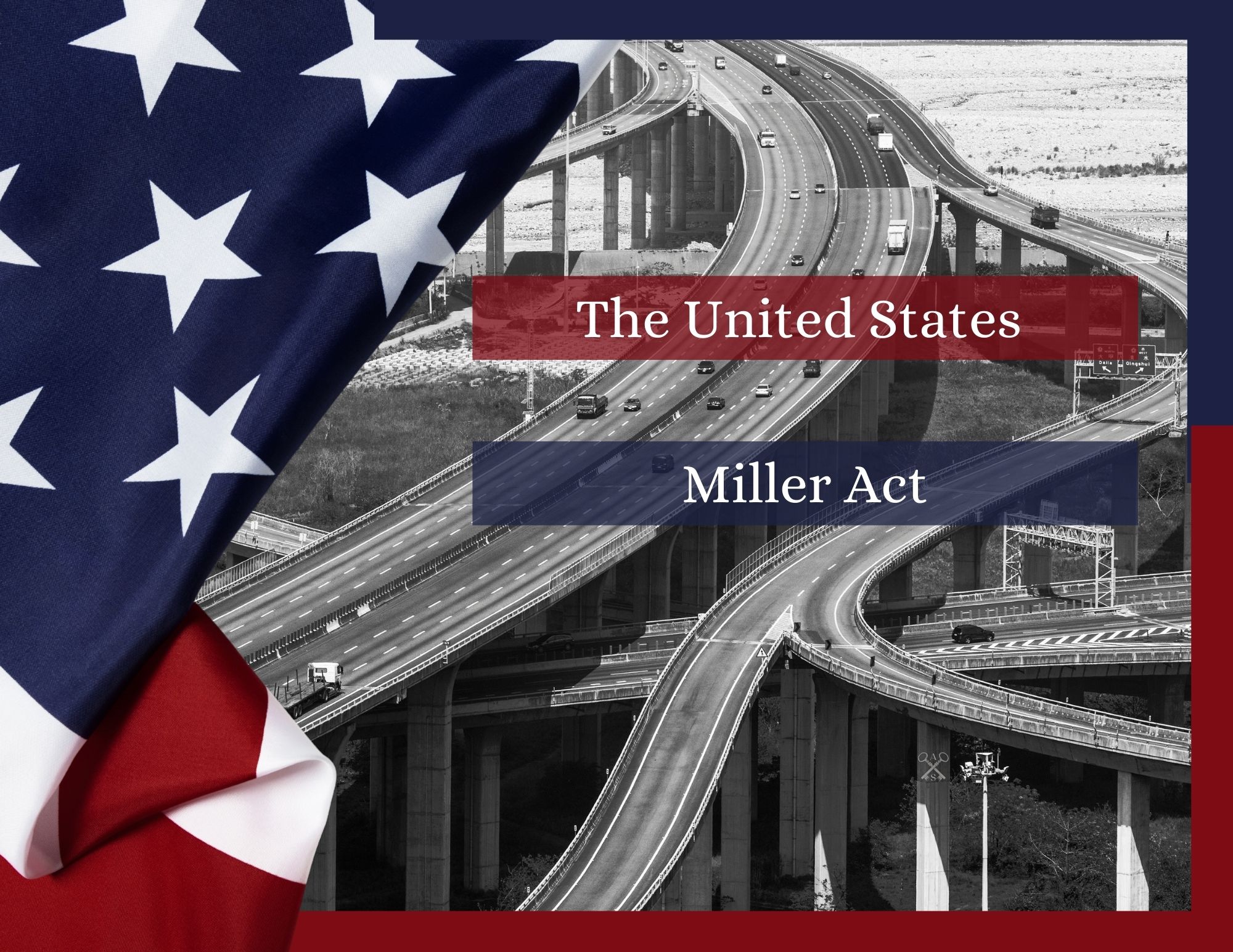 What is The Miller Act and how does it affect contractors, taxpayers and Surety Bond Companies? Learn more about this important piece of legislation.

What is The Miller Act?

The Miller Act (40 U.S.C. §§ 3131-3134) is a piece of legislation enacted in 1935 that requires Contractors fulfilling construction contracts of $150,000 and above, to post a performance bond and a separate payment bond on the project. Additionally, the law requires a payment bond alone when a project exceeds $30,000.

Specifically the law states, “The Miller Act as implemented by the FAR, provides that, before a contract that exceeds $150,000 for the construction, alteration, or repair of any building or public work of the United States is awarded to any person, that person shall furnish the federal government with the following:

Both the performance bond and the payment bond must be included on the United States Treasury Department’s 570 Circular of surety bond companies approved to do business with the U.S. Government.

History of The Miller Act

Basic forms of lien laws go back hundreds of years. However, modern mechanic’s liens in the United States are often attributed to Thomas Jefferson.

Understandably, this system of filing liens does not work on Federal Property. Imagine an unpaid Subcontractor having a lien against The White House or National Park. Clearly this would not be in the General Public’s best interest.

Similarly, imagine a Federal Building under construction. Congress approved $1 million of taxpayer money to build the project. However, after paying the contractor $1 million, the project is only 10% complete and the contractor files bankruptcy. It would not be good for the Public to have unfinished projects or to have to spend more money to complete these projects.

Who is Covered by a Miller Act Payment Bond?

These are Subcontractors that have a direct contract with the Prime Contractor.

These are Material Suppliers that have a contract with the Prime Contractor.

These are Material Suppliers that have a direct contract with First Tier Subcontractors.

“‘Subcontractor’ means any person who has contracted to furnish labor or materials to, or who has performed labor for, a contractor or another subcontractor in connection with a construction contract.” N.C.G.S. § 44A-26 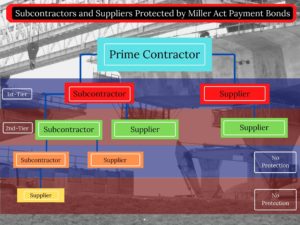 What is Covered by a Miller Act Payment Bond?

Coverage under The Miller Act is broad. Various rulings have included things such as:

In order to qualify the supplier only needs to show in good faith that the material was intended to be used in the project.

What is Covered by the Miller Act Performance Bond?

Unfortunately, bond claims happen. When they occur on a Miller Act project, there are notice requirements that need to be followed. These can be confusing and depend on the Subcontractor or Material Supplier’s relationship to the Prime Contractor. 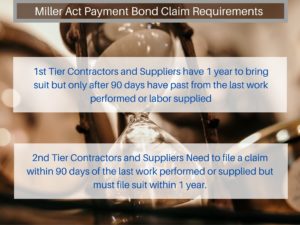 First Tier Subcontractors and Suppliers that have a direct contract with the Prime Contractor must wait at least 90 days after they last supplied labor or material to the project before filing a claim against the payment bond 40 U.S.C. § 3133(b)(2).This is thought to be a reasonable amount of time for project funds to flow from the owner to the Subcontractor or Supplier.

From a practical standpoint, a First Tier Subcontractor or Supplier does not have to give notice to the Prime Contractor or Surety. However, it likely should in order to try and resolve the issue quickly. A civil action must be brought no later than one year after the last labor or material was provided on the project.

Second Tier Subcontractors and suppliers must file a claim within 90 days of the last labor or material provided on the project. The purpose of this timing is to make the Prime Contractor aware of nonpayment on lower tiers. This gives the Prime Contractor the opportunity to potentially withhold contract proceeds from the First Tier Subcontractor or Supplier to correct the issue.

Failure to provide proper notice under a Miller Act Payment Bond is a valid defense that can keep a Subcontractor or Supplier from being able to collect.

Filing Suit Under The Miller Act

A Prime Contractor can not require a Subcontractor or Supplier to waive their right to a Miller Act Payment Bond in order to enter into a contract. Such a clause would be unenforceable.

However, a civil action can be waived, but only after the Subcontractor or Supplier has already provided labor or material on the project. In such cases, the waiver must be in writing and signed by the party whose right has been waived.

A Contracting officer may waive The Miller Act’s bond requirements if they find that it would not be practical to do so.

Secretaries of the Army, Navy, Air Force, and Transportation may waive the requirements

“with respect to cost-plus-a-fixed fee and other cost-type contracts for the construction, alteration, or repair of any public building or public work of the Federal Government and with respect to contracts for manufacturing, producing, furnishing, constructing, altering, repairing, processing, or assembling vessels, aircraft, munitions, materiel, or supplies for the Army, Navy, Air Force, or Coast Guard, respectively, regardless of the terms of the contracts as to payment or title.”

Additional Bonds May be Required –

A contracting officer may also require additional bonds or protection if they are needed.

Right to Obtain a Copy of a Miller Act Bond

Any party providing labor or material on a Miller Act contract has the right to request a copy of the bond from the contracting officer. A signed request is required.

In practicality, it is always better to request a copy of the payment bond upfront when signing a contract with the Prime Contractor.

The Miller Act applied to Federal work but many states and municipalities have adopted legislation. These laws are often referred to as “Little Miller Acts”. Although these Little Miller Acts are similar, they can differ in a number of ways. It is important to check local laws before signing a construction contract.

The Miller Act has and continues to be an important piece of legislation for protecting taxpayers, contractors and material suppliers in the U.S. Each party should know their rates and responsibilities under the Act to ensure that these protections are available when needed. 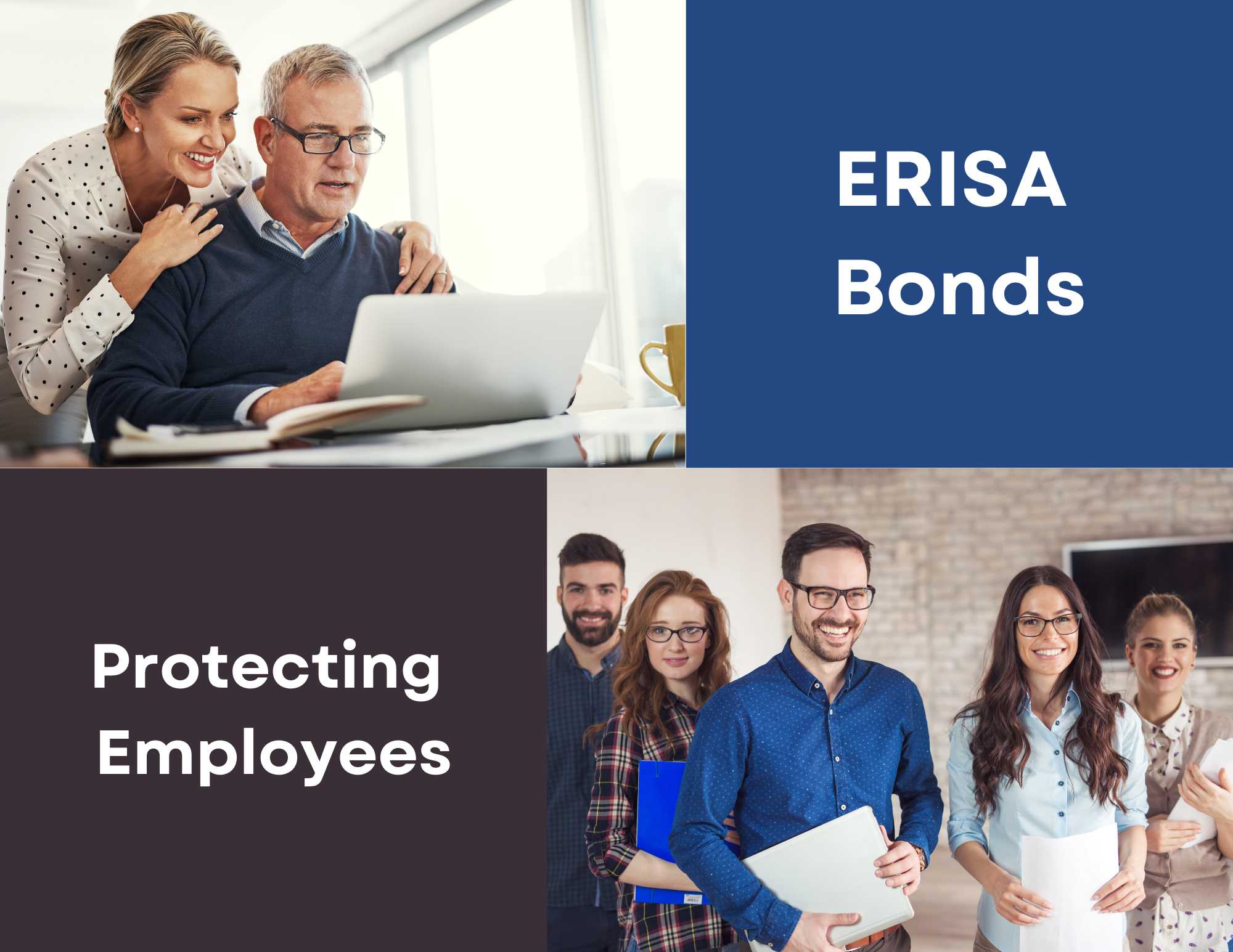 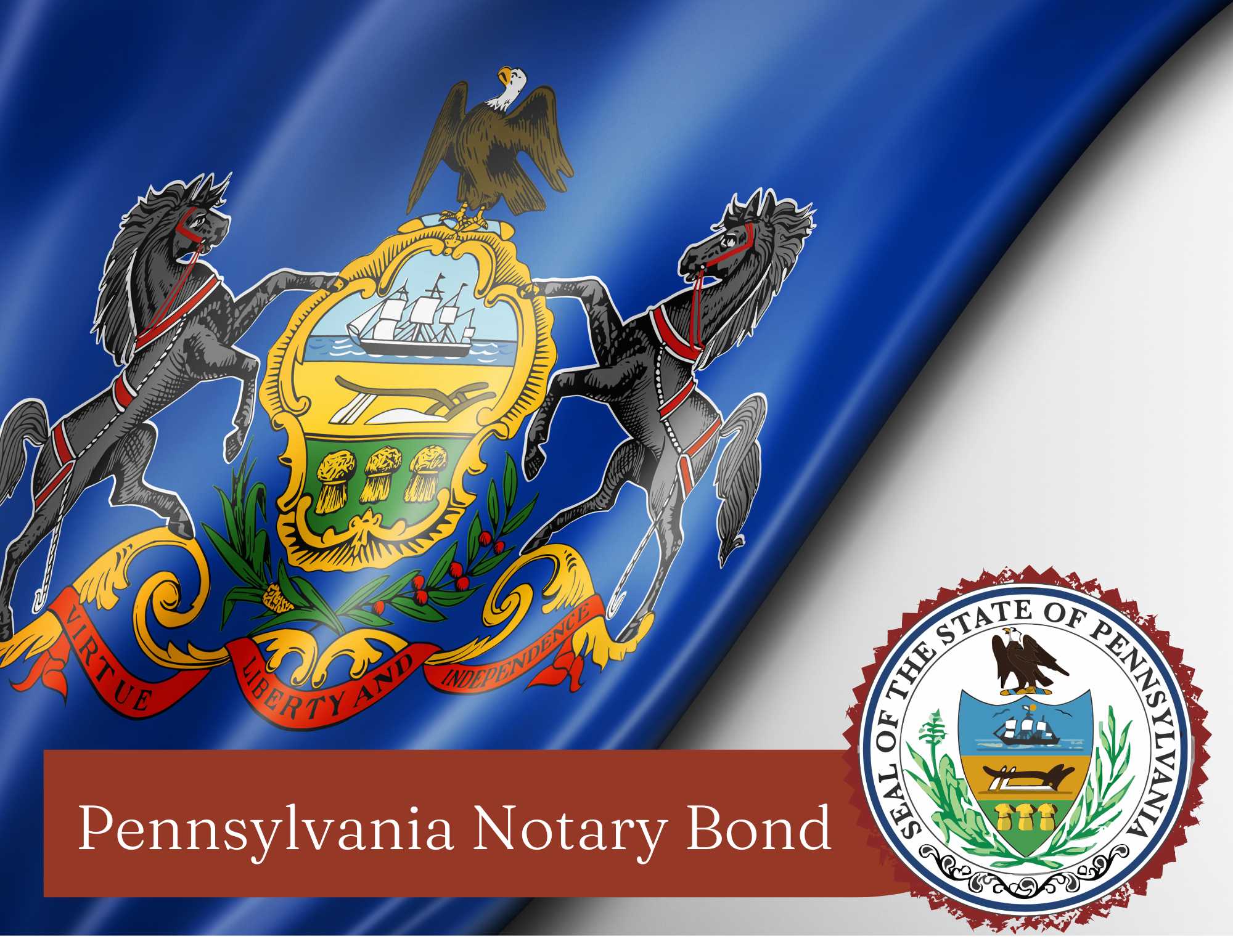 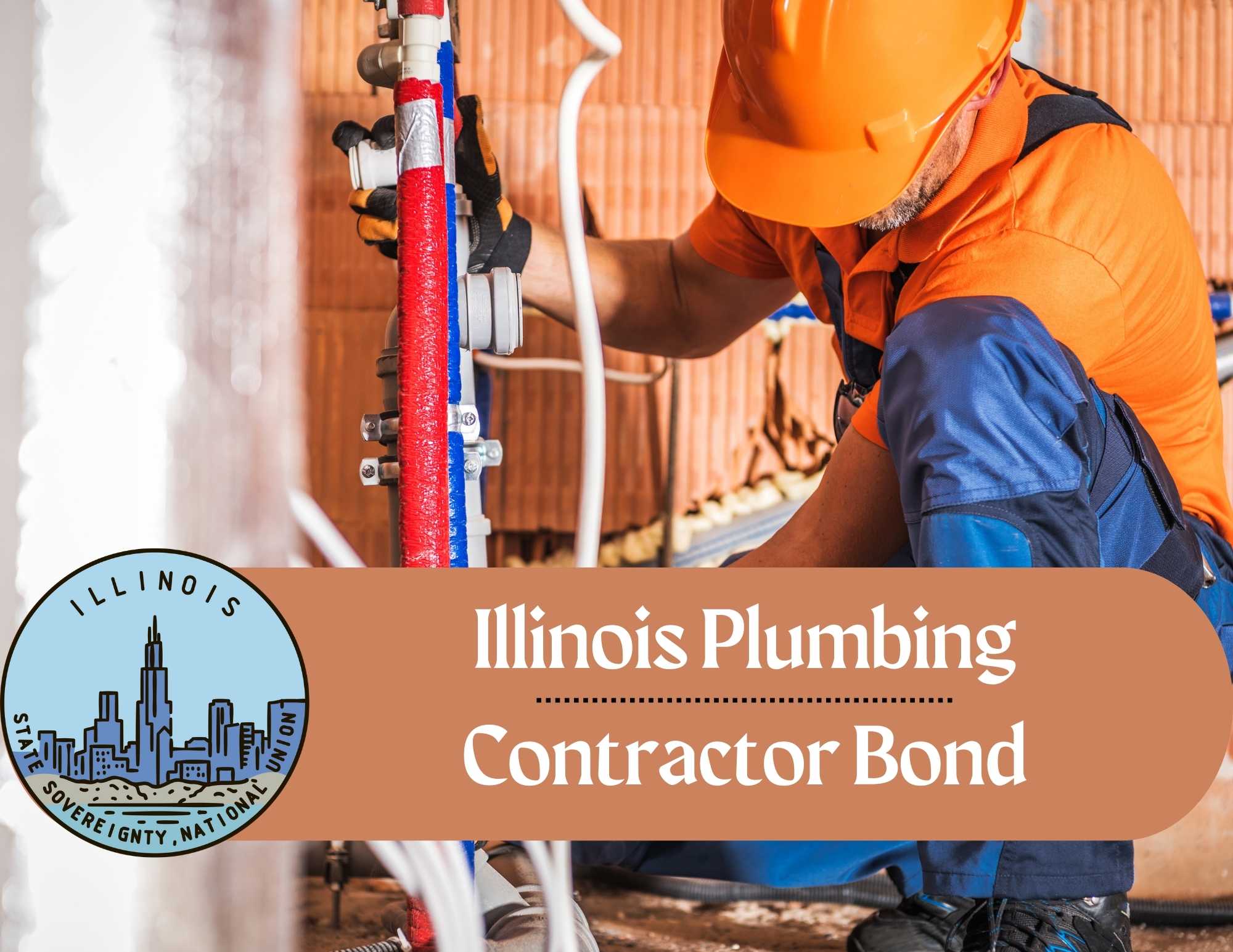 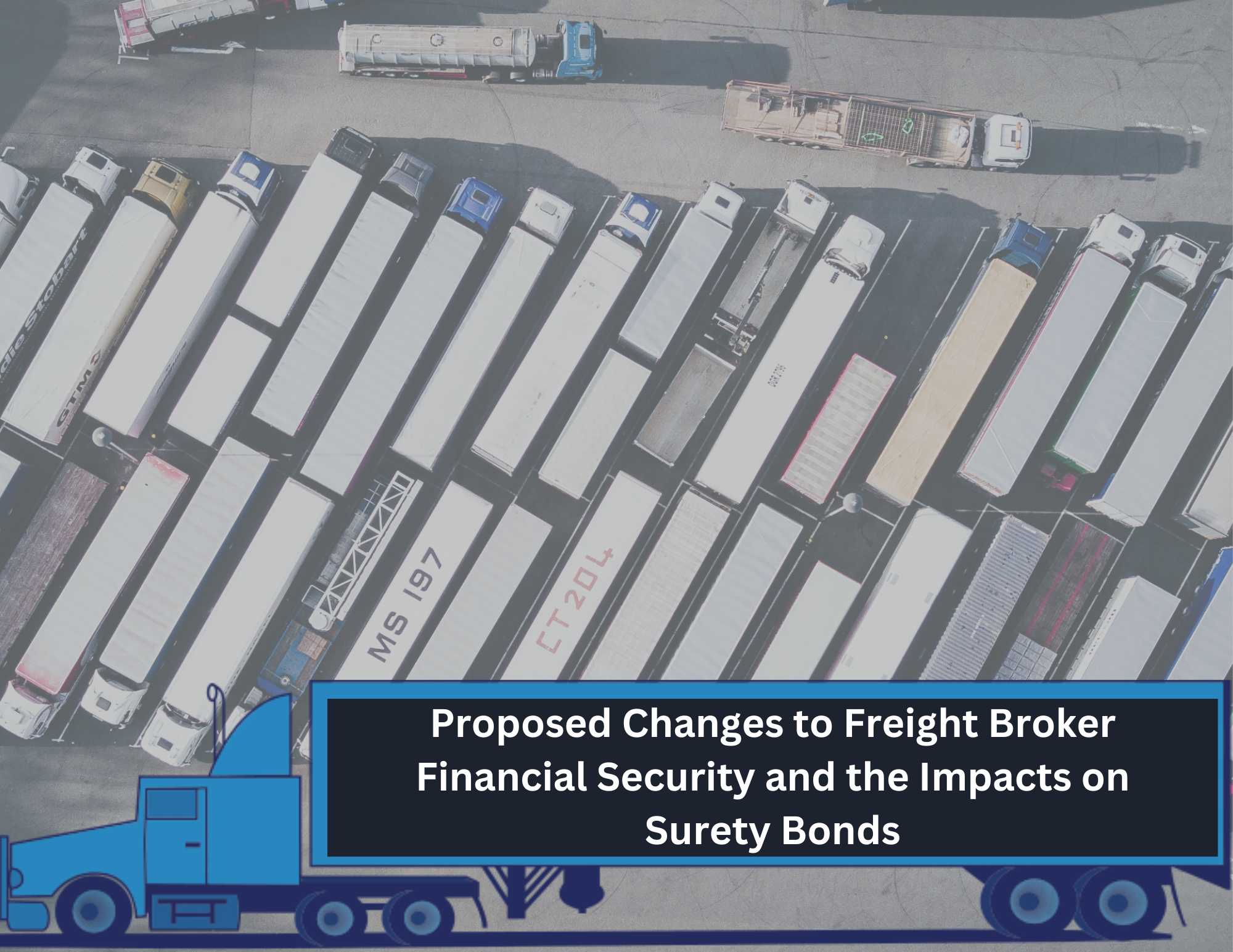 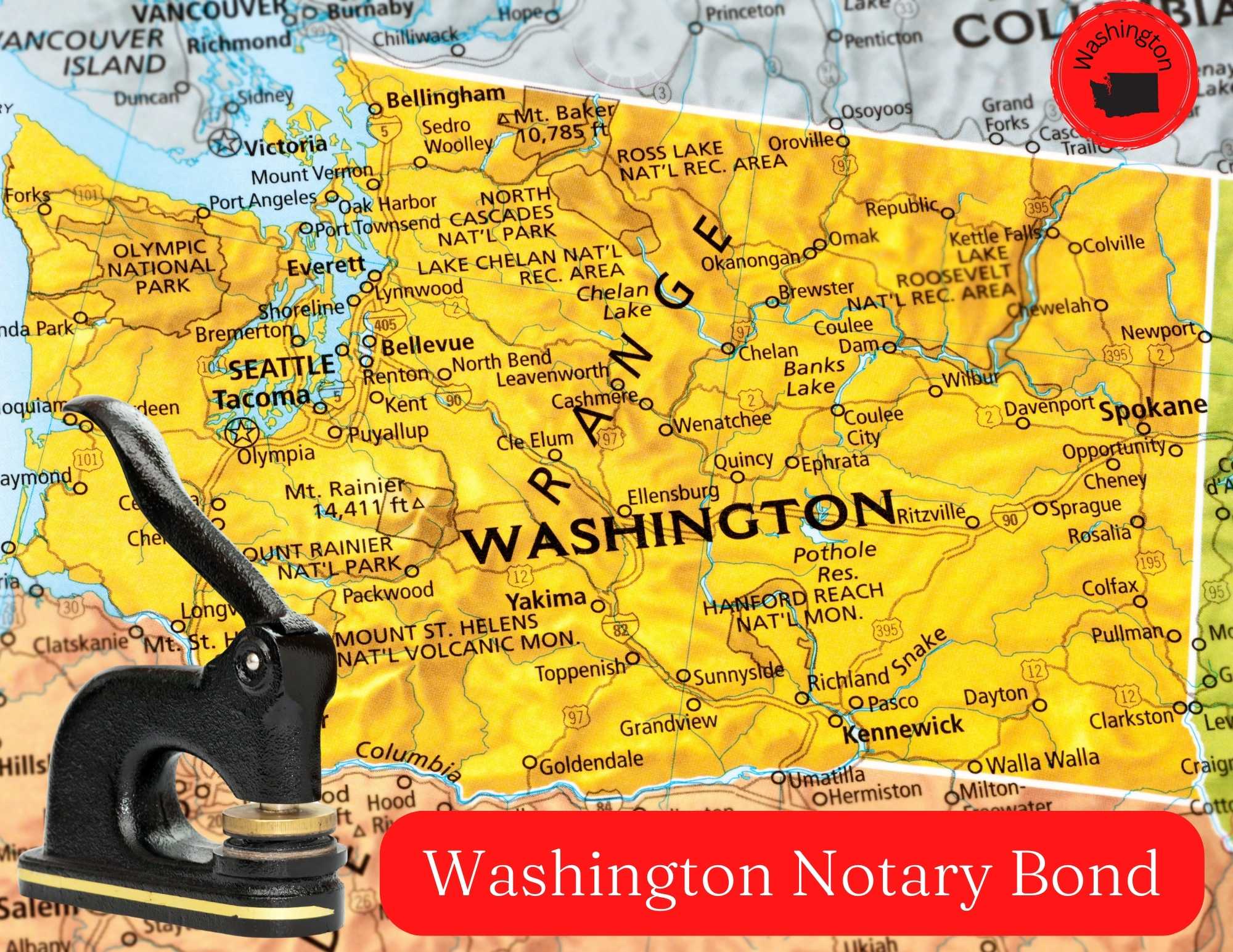